Großschirma/Bogota – eab New Energy GmbH and Colibri Energy S.A.S. have signed a Memorandum of Understanding with BAVARIA S.A. on the occasion of the ANDREC-WEEK in Bogotá at the beginning of October.

The Memorandum of Understanding prepares a power purchase agreement under which the corporation partners eab New Energy and Colibri Energy will install solar power systems on 8 BAVARIA sites in Colombia over the next 2 years, which will then cover part of BAVARIA’s power requirements for more than 20 years. The solar plants, with a capacity of 36 MW, will generate 49.6 MWh of energy annually and thus cover 25 % of BAVARIA’s requirements – saving 5458 tons of CO2 annually. 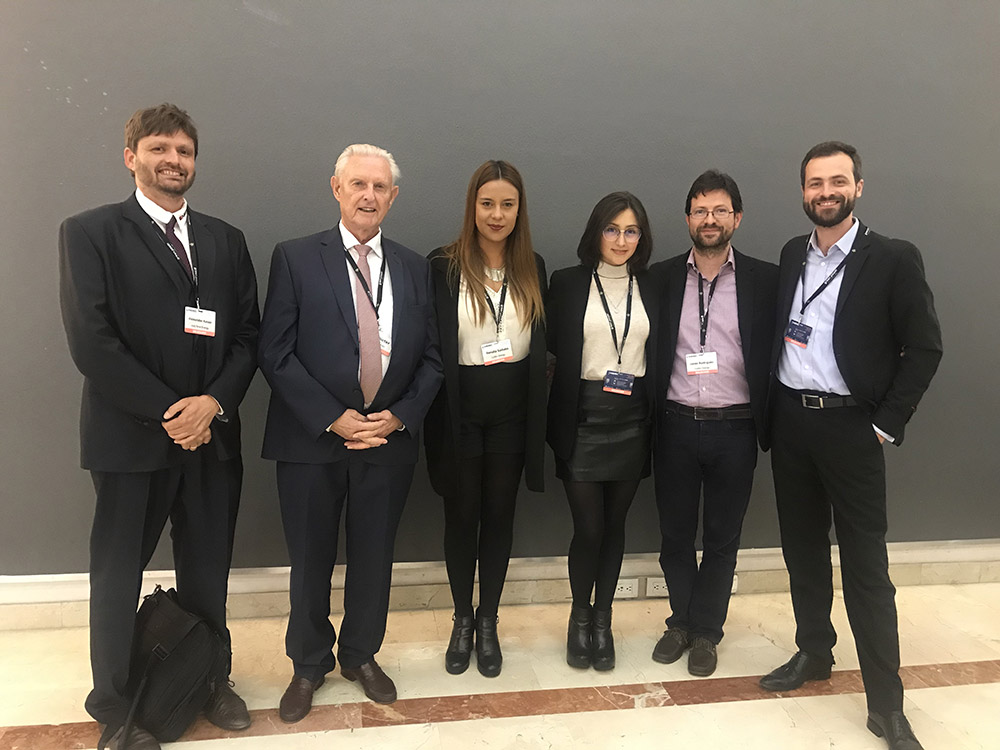 BAVARIA S.A. is the Colombian subsidiary of the Anheuser-Busch InBev brewery group based in Leuven, Belgium, which is the world’s leading brewery group with a sales volume of 433 million hectoliters of beer. The company is one of the world’s five largest consumer goods manufactured and employs around 200,000 people in over 50 countries.

Anheuser Busch InBev has joined the RE100 Group and is committed to covering 100 % of its energy needs with renewable energies by 2025. Against this background, Anheuser-Busch InBev issues country-specific power purchase agreements worldwide. In cooperation with the Colombian company Colibri Energy S.A.S., eab New Energy GmbH successfully participated in the tender in Colombia – a country in which eab New Energy GmbH has been active since 2014.

3Energy with own stand at HUSUM Wind 2019

From the 10th to the 13th September, HUSUM Wind once again opened its North-German doors this year and was the meeting place for the wind energy industry. By participating in this year’s leading international trade fair for wind energy with our own stand, we were able to structure and continue our existing cooperation with national and international partners, suppliers and manufacturers, as well as engage in numerous constructive discussions.

Lastly, we would like to thank all visitors for their interest and for the pleasant discussions. We were especially happy about the visitors, friends and trailblazers who we have known for more than 20 years and who took the opportunity to visit us at our own stand to say ‘hello’.

Almost three months after the completion of the wind farm “Mui Dinh” in Vietnam, the ceremonial opening took place on 10th April 2019 directly in the wind farm at WTG 6. In addition to government representatives, partner companies, contractors, friends and acquaintances were invited. Starting at 7 am, the shade was already over 30 degrees, despite the marquee and the ventilators. The festive supporting program with dancing, singing, and speeches by Mr. Pham Van Hau as deputy chairman of the People’s Committee of Ninh Thuan Province and Mr. Andreas Lietzmann for the investor group, however, did not leave any free minute to think about the heat. In the evening, the festive day with traditional food and karaoke at the Hotel Saigon Ninh Chu, which for most had already become their second home, was brought to an end at the beach. 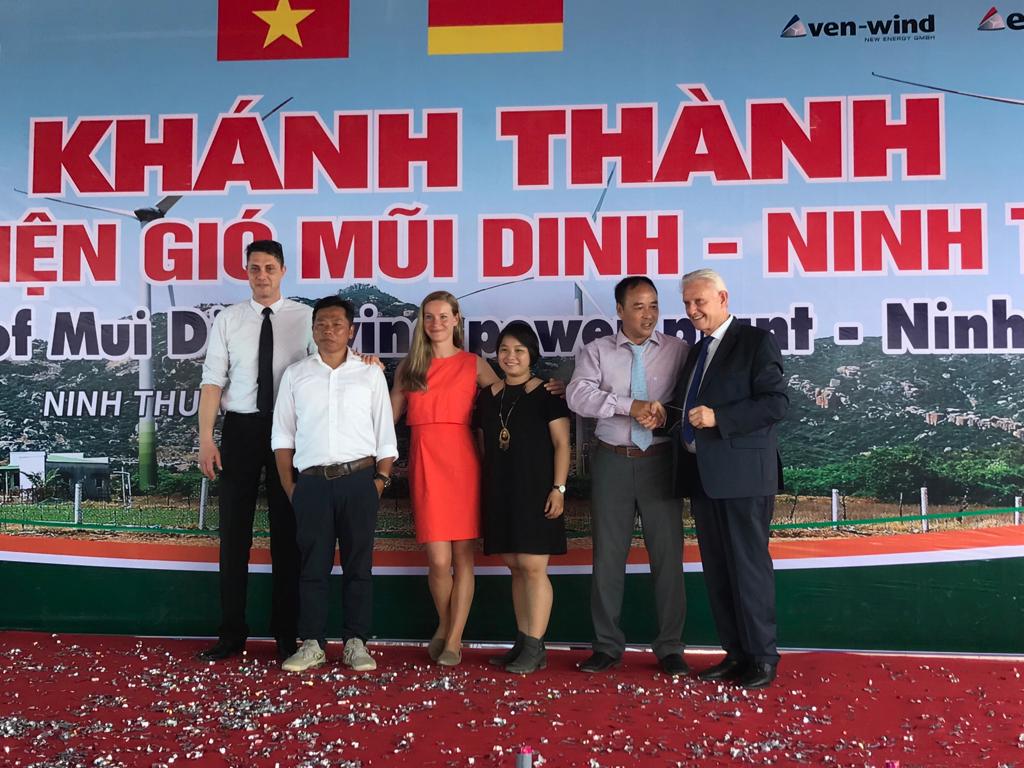 A worthy conclusion for a project, which marks not only a, albeit not always easy, but in any case successful market entry or business expansion for the investor, but also for the contractor ENERCON GmbH and Power Construction Company No. 2 Co. Ltd. (PCC2) with the exception of WTG 12, which is still in the test run, all turbines have successfully overcome the 300h maintenance, so that nothing stands in the way of a prompt “Taking Over of Works” on behalf of ENERCON GmbH and PCC2. To date, the wind farm has already fed over eight million kilowatt hours of clean energy into the grid. That’s in the commissioning/test run phase, mind you, which suggests that the wind farm will easily reach its target of 100,000-megawatt hours per year in the future.

Construction start for the wind farm „Swatte Poele“ in Germany

After a development time of 3 years, the obtainment of the approval for the Federal Immission Control Act (BImSchG) in March 2017, and a successful tender participation in February 2018, the preparatory construction measures for the wind farm project Swatte Poele were concluded at the end of the last year, together with our colleagues of Burg Lichtenfels GmbH & Co. KG, so that the construction of the wind farm with a total capacity of 16 MW can be started in the spring of 2019.

A very important step for this was achieved on 21 December. On this day, the financing with Deutsche Kreditbank (DKB) was concluded. 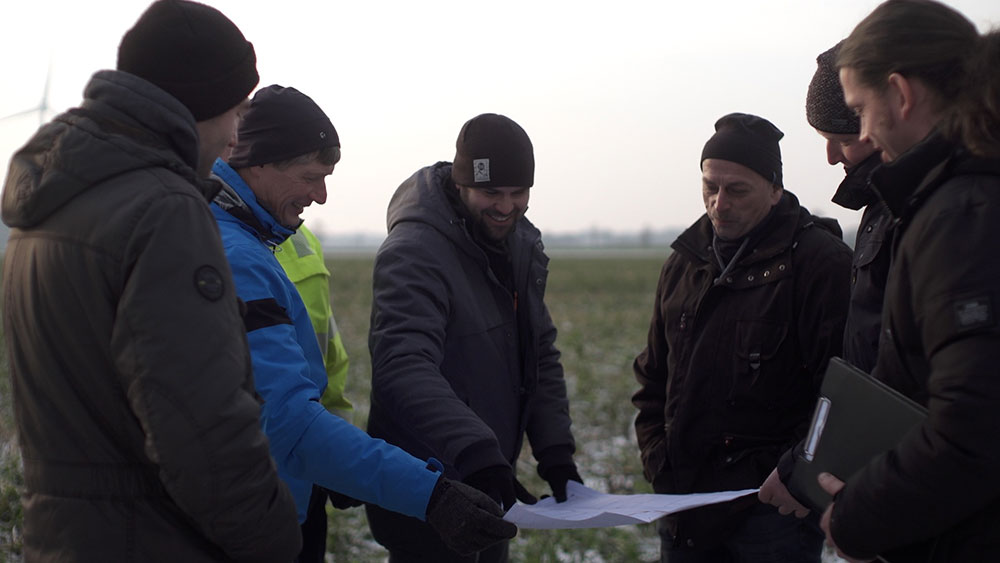 The location of the project is near the village Vechtel, in the municipality Bippen in the district of Osnabrück in Lower Saxony. The infrastructural construction measures (construction of access roads and crane sites) as well as the foundation construction will begin in March and will continue into the summer. From July on, the construction and commissioning of the 5 wind turbines of the type Senvion 3.2 M122 with a hub height of 139 meters will begin.

The foundations are prefabricated under controlled conditions and exclude many of the usual construction risks. The design was developed by the company Universelle Fertigteilfundamente GmbH in Hamburg. In addition to the significant benefits of the manufacturing quality of the individual parts and a considerably faster construction time, the prefabricated foundation is also characterized by the fact that it can be completely removed from the ground at the end of the operating time – easily and without great effort.

Another major advantage of the project is the already existing grid infrastructure. In cooperation with the projects Haneberg and Ohrtermersch, which were built 4 km and 7 km away from our site in Vechtel respectively, and went into operation last year, we acquired the necessary land in Fürstenau and jointly planned and built a substation in 2018.

After a construction period of approximately one year, the substation, as well as the wind farm „Mui Dinh“ with its 16 turbines, were completed in December 2018.

Großschirma/Mui Dinh. Together with its Vietnamese subsidiary WPV Wind Power Vietnam Co. Ltd., eab New Energy GmbH developed and planned the project over 5 years, and the construction could begin in December 2017.

Now, after a construction period of approximately one year, the wind farm and the substation have been completed, so that the first turbines can now start their successful trial operation. 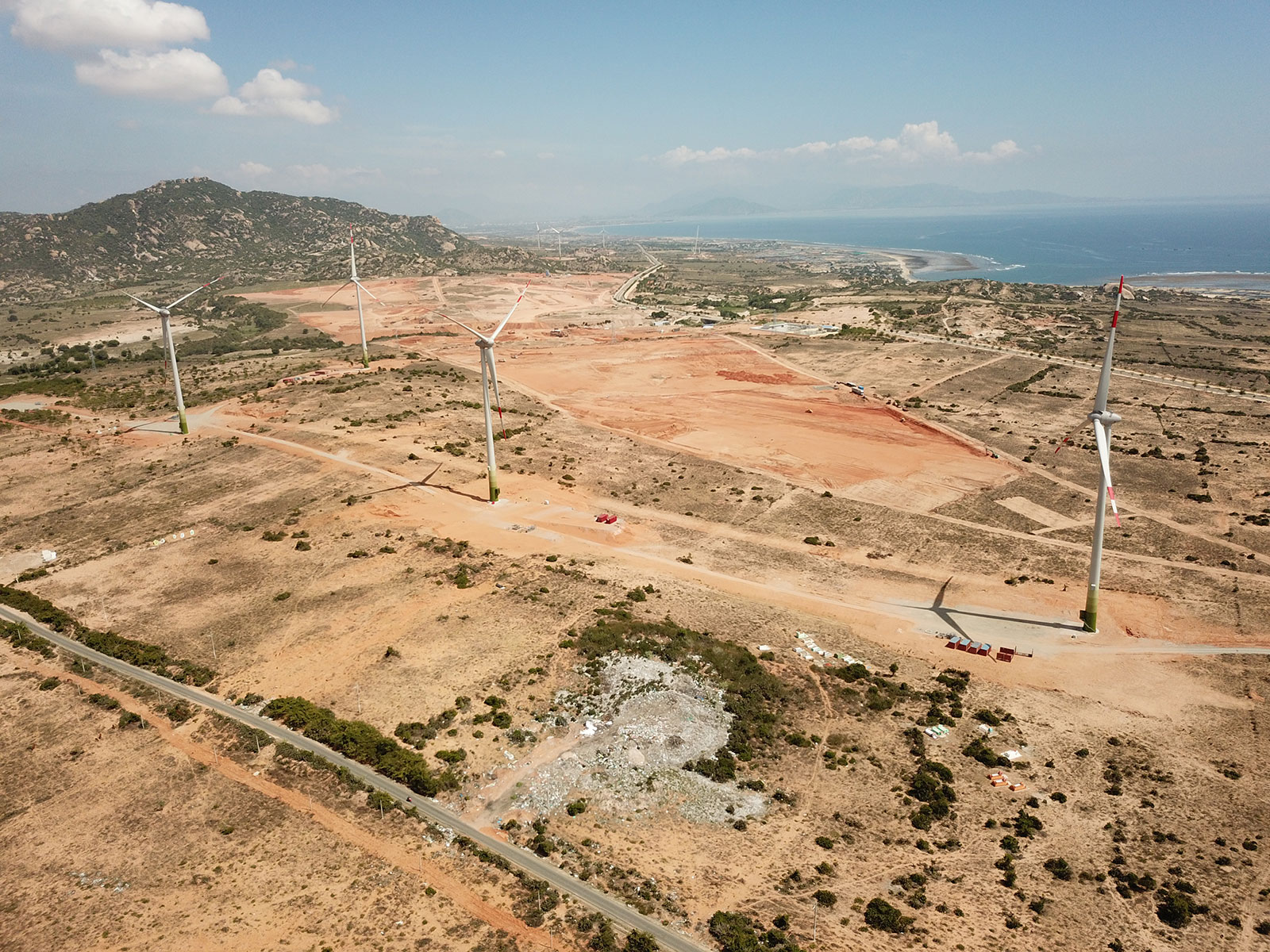 The wind power project Mui Dinh comprised the construction of 16 wind turbines of the type E-103 of the manufacturer ENERCON with a hub height of 85 m on an area of more than 7.6 ha as well as an own 22/110kV 40 MVA substation.